From the 5th till the 7th of September this year (2013), Skopje, and the Republic of Macedonia, hosted 297 conference presenters and 22 participants from 49 countries and over one hundred universities, all attending the First International Conference on ‘Cultural Memory’, organized by the Centre for Culture and Cultural Studies (CCCS). As stated by the Centre’s President, Professor Dr. Loreta Georgievska-Jakovleva, in her opening speech, the conference commemorates the 50th year anniversary of the Skopje 1963 catastrophic earthquake while celebrating the world’s solidarity with the citizens of Skopje at the time.
The conference’s participants and guests were greeted by the Deputy Minister of Culture of the Republic of Macedonia, Mr. Dragan Nedeljkovikj. In his speech, Mr. Nedeljkovikj stated that this Conference provides “a solid basis for establishing good dialogue, by furthering claims and findings that can help us reflect on the world as a mosaic of equally valuable if in fact different parts.” CCCS’s Vice-President, Professor Dr. Mishel Pavlovski, wished the participants and presenters successful working days, focused on shedding light on the relations between memory and identity, policies, space and cultural legacies, archival work, museums, art, literature, language and media.
The Conference took place during 3 working days, with 8 parallel sessions, conducted in three official languages: Macedonian, English, and Russian. The papers were grouped around 4 global topics: Cultural Memory and Identity; Cultural Memory and Space/Place; Cultural Memory and Politics; and Art, Media, totaling 225 papers. Special space was given to the 12 panel-discussions that included 46 presenters.
Peer-reviewed papers from this Conference are set to be published in the journals Култура/Culture and Investigating Culture.
The Off-Programme allowed the other countries’ participants to visit some of Skopje’s historical and cultural monuments, through organized visits, as well as taste traditional Macedonian food next to the ambience of the Matka Canyon, enjoy Macedonian wine tasting in the vinery Kamnik, and visit the natural resources and cultural monument of the UNESCO city Ohrid, particularly the traditional greeting with bread and salt in the Monastery complex of St. Naum. 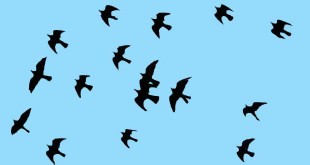 Visit the new, redesigned online version of the "Култура / Culture", an international journal of cultural researches.

| Designed by QB
© Copyright 2021, Centre for Culture and Cultural Studies